MOTÖRHEAD, the loudest band in the world, with the power and force of a hundred pneumatic drills they destroyed the nation over and again and no-one, repeat no-one, remained unaffected by them – everyone was torn limb from limb. The albums ‘Overkill’ and ‘Bomber’ were ten times more powerful than their first album ‘Motörhead’, which was a killer in itself. The production was in the capable and experienced hands of one Jimmy Miller, whose previous successes had been with the likes of the Rolling Stones. He brought out the very best in the boys and the total effect was lethal. ‘Overkill’ and ‘Bomber’ are real skullcrackers, brain damaging to the nth degree and with the hit singles ‘Overkill’, ‘No Class’ and ‘Bomber’ you can doubtless guess the destroying effect of the whole affair. That’s Motörhead, straight, basic, down to earth rock and roll, with absolutely no holds barred. 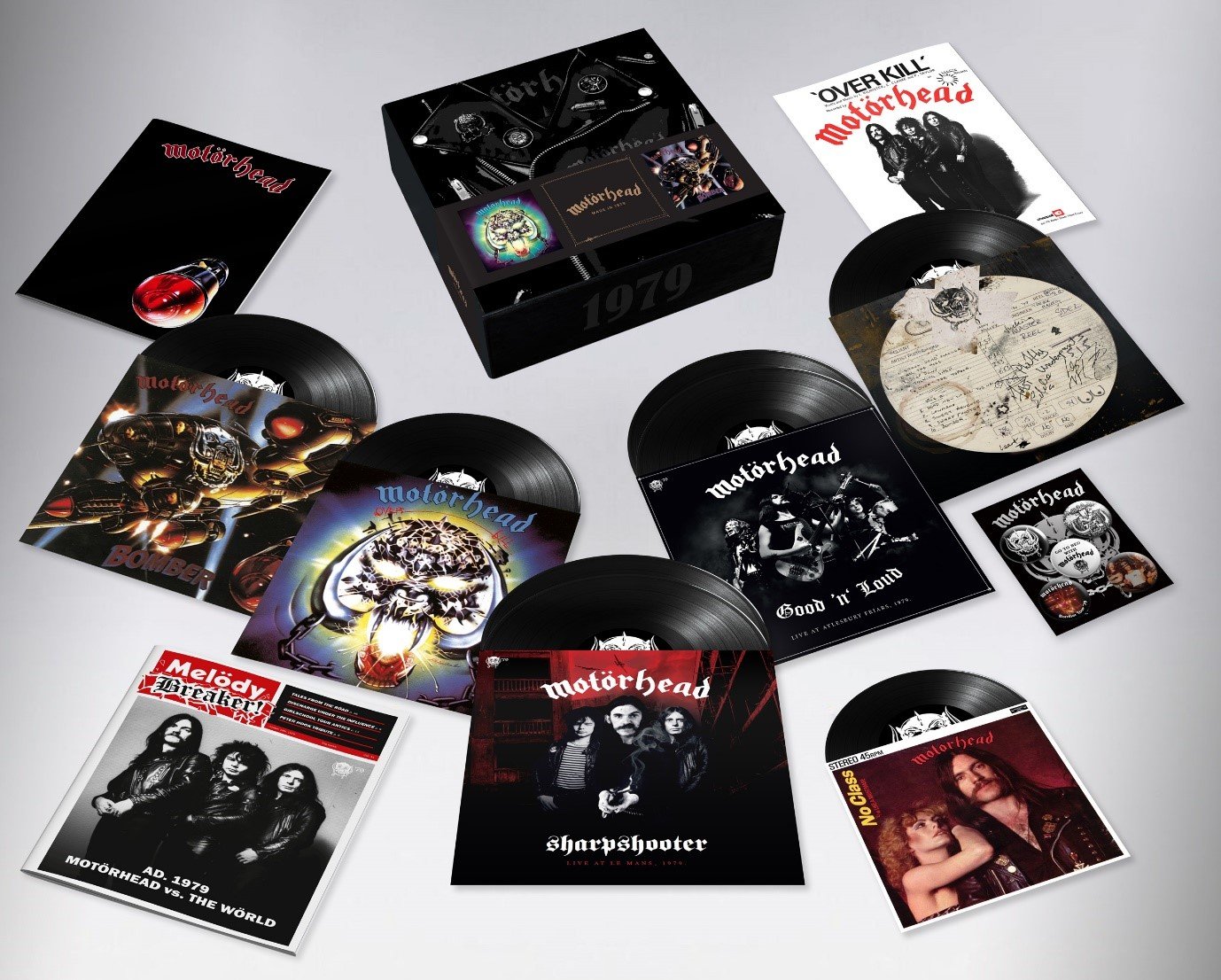 (Half speed mastered from the original tapes for

(Half speed mastered from the original tapes for

(18 song, sound board recording from the Overkill

(18 song, sound board recording from the Bomber

(Trifold 7” of the No Class single with

all 3 of the original cover variations)

(40 page book, in the style of a classic music

newspaper of interviews with key players in the

and unseen photos and memorabilia.)