this extravagant boxset collects a heap of rarities (over 40 have never been released!) from their formative years, in the form of early demos and eps, alongside ‘showbiz’ and ‘origin of symmetry’ and a detailed, 48-page casebound book featuring an in-depth interview with the band.

This is to celebrate the 20th Anniversary of 'Showbiz'. Housed in a rigid board slipcase with anti-scratch and matte (bellamy) laminated finish with a spot gloss, The book also incorporates original posters, setlists, photographs and contact sheets. In the aforementioned interview, Matt Bellamy, Dominic Howard and Chris Wolstenholme talk about the earliest beginnings of the band, as well as the recording and release of their first two studio albums. 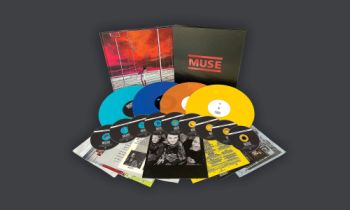