first ever release of this sought after performance from the miami pop festival in 1968. 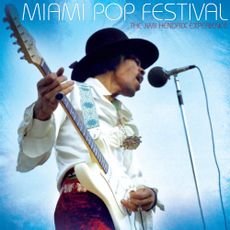