a 16 track live performance from 4th July 1970, featuring all his classic hits & live favourites, recorded in a field just outside the town of Byron.

The Atlanta Pop Festiva' was hailed as The Southern Woodstock & is viewed as the last great US Rock Festival. Recorded just 10 weeks before his death, this is seen as one of Hendrix's greatest live recordings. Despite the overwhelming attendance (estimated to be 400,000), the festival & Hendrix’s performance in particular, has not received its due in terms of historic importance & impact until now. 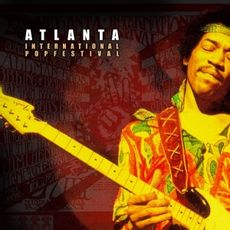