from the sky down


From the Sky Down is a 2011 documentary film directed by Davis Guggenheim about rock band U2 and the production of their 1991 album Achtung Baby.

The film documents the difficult recording period, the band members' relationships, and the group's creative process. Archival footage and stills from the recording sessions appear in the film, along with unreleased scenes from the group's 1988 motion picture Rattle and Hum. For the documentary, the band were filmed during a return visit to Hansa Studios in Berlin where the album was partly recorded, and during rehearsals in Winnipeg for the Glastonbury Festival 2011.[1] The film premiered at the 2011 Toronto International Film Festival, and in October 2011, it was broadcast on television and commercially released in the 20th anniversary reissue of Achtung Baby. 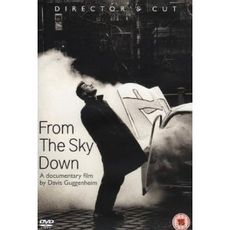