the legendary Birmingham reggae veterans' nineteenth studio album is a thrilling entry in an already towering body of work.

This is their first in five years with all original songs and includes the singles 'You Haven't Called' and 'Moonlight Lover ft Gilly G'. Their debut album 'Signing Off' was released in August 1980 and is considered by many to be one of the greatest reggae albums ever released by a British band. The album features guest appearances from Birmingham rapper Gilly G and Jamaican artist/producer Kabaka Pyramid. Robin Campbell added, “For The Many is a great mix of reggae styles, while the different artists we have collaborated with will appeal to more fans and tastes in reggae - it really is an album for the many”. *** the second cd includes a 10-track Dub album.*** 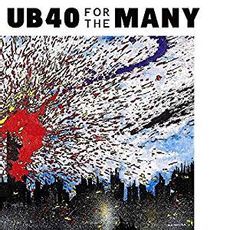