Hyaena is a fabulously textured and psychedelic offering born out of experimentation – Sioux and Severin’s lyrics contrastingly bleak.

The departure of McGeoch sees Robert Smith cement his roots in Banshees history with his only studio offering. single releases ‘Swimming Horses’, ‘Dazzle’ and ‘Overground’ ably demonstrate the darker underbelly of pop at a time where the charts are brimming with sugar coated hits. Remastered from the original ¼” tapes and cut at half speed at Abbey Road studios, London. Both artwork and audio have personally been overseen and orchestrated by Siouxsie Sioux and Steven Severin. 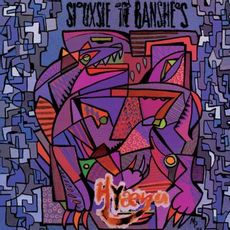