Dead Moon’s beloved third album, released in 1990, when some fellow Pacific Northwest underground rockers were getting ready to be flung head first into the mainstream.

But DM remained defiantly underground! Raw, primordial and true to their own style and fiercely DIY ethic. With classics “Dagger Moon” “Walking On My Grave” and “Johnny’s Got A Gun.” Remastered from the original tapes. 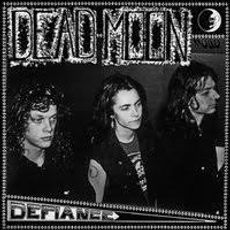