this could pass for a title Stax / Volt might have released in the late 60s - The look of the album reflects Stax’s design themes of the era - But in fact it’s a collection that never existed, until now, that hones in on one mood & one theme : heartbreaking, yearning ballads, of which Redding had many.

'Lonely & Blue...' contains the hits ('I’ve Been Loving You Too Long', 'These Arms of Mine', 'My Lover’s Prayer', 'Free Me') alongside many lesser-known songs ('Gone Again', 'Open the Door', 'Waste of Time', 'Everybody Makes a Mistake', to name a few). They’re all included in this compilation because they share the tangled theme of sorrow & the result is the best album Otis never made, "reissued" in 2013. 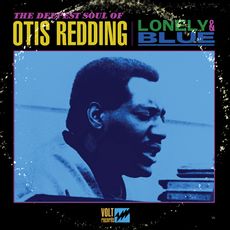