Otis Redding will always be the King Of Soul.

No vocalist before or since has ever had the power to project emotions like Otis did, or to convey the very essence of soul. Now, 50 years since his untimely death, it is more than appropriate to visit again the Great Man’s music via some of his most electrifying live performances. Side One features the Ready Steady Go Otis Redding Special TV show in 1966, Otis’s best recorded performance to date, full of authority and emotional depth. The band are in tip top shape with drummer “Woody” Woodson and bassist Ralph Stewart driving the rhythm like men possessed. All the tracks on Side Two come from a session recorded for Swedish Radio in June 1967. On the weekend of Saturday 9th December, Otis and his new road band, the Bar-Kays, recorded three songs for ABC’s “Upbeat”. These were to be Otis’s last live recordings, and you can hear them on tracks 6-8 of Side One. These vintage shows have not featured on vinyl before. 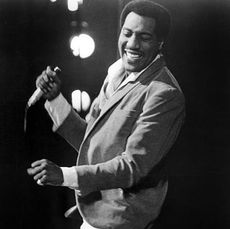