“Some of these albums haven’t been available on vinyl or CD in years, and in some places they never actually came out,” says frontman Britt Daniel. 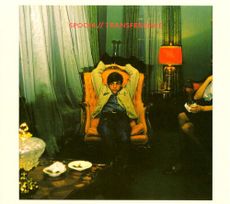