Their first three albums, which the band wrote, all reached the UK Top 30, with ‘Youthquake’ reaching the Top 10. • In the 1980s, they charted seven unique singles in the UK Top 40, with two further re-entries this century, with a remix and original version of ‘You Spin Me Round (Like A Record)’. • Respected US magazine Billboard, ranked them in their all-time Top 100 most successful ‘dance artists’ chart. • ‘Fan The Flame (Part 1)’ is their fifth studio album and was only released in Japan in 1990, where it reached #27, until a re-worked version was included within the ‘Sophisticated Boom Box MMXVI’ box set in 2016. • ‘Fan The Flame (Part 1)’ contains the singles ‘Your Sweetness (Is Your Weakness)’ (Japan #3), ‘Unhappy Birthday’ (Japan #14) and ‘Gone 2 Long’ (Japan #18). • Renowned and in-demand singer, Tracy Ackerman performed all backing vocal duties, with Londonbeat and the London Community Gospel Choir appearing on ‘Total Stranger’ and ‘Unhappy Birthday’, respectively. Also featured is Billy Currie, better known for his work with Ultravox, Visage and Gary Numan. • This special 30th Anniversary Edition of ‘Fan The Flame (Part 1)’, is the first time that the album has been commercially released on vinyl in its original configuration 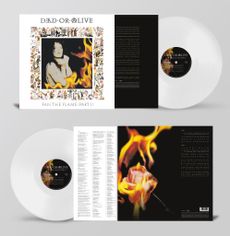