more experiemental than they have been before, this album puts out the krautrock-style jams that dramatically expand the Elder sound from its stoner/doom roots - we're loving every minute.

This is still the band who put out 2017's crushing 'Reflections of a Floating World', but this release sees them following their imaginations down new and unexplored paths. "One of the very best heavy rock attacks on the planet. One that makes it look so incredibly easy, when, in fact, it's not easy at all." — Paste Magazine / Ben Salmon "One of the most restless and inventive forces at work in their entire wing of the metal underground." — Stereogum / Tom Breihan 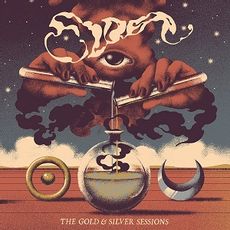