'Never for Ever' is the third studio album by English singer Kate Bush. 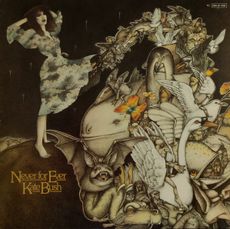