Supposedly a concept album about the disgraced 37th president of the United States (though the lyrics make no recognisable statements about Richard Nixon's infamous life & times), Lambchop's fifth full-length was a powerful consolidation of the strengths they'd gained since their uncertain debut in 1994.

Kurt Wagner's sometimes singing/ sometimes talking vocal style & lyrics that were oblique to the point of seeing surreal, remained a matter of taste, but his melodies hit a new peak in their beauty & evocative spirit as he merged countrypolitan country, smooth R&B & chamber pop in ambitious & intriguing ways. And as Lambchop swelled to 13 musicians (not counting guest musicians, a choir, & the string section), the arrangements became increasingly sophisticated as Wagner & his collaborators used their rich palette of sounds to inspire a wealth of moods -- from the easygoing groove of "Grumpus" to the luxurious sadness of "Nashville Parent" -- & helped to clarify and strengthen that which seemed uncertain in Wagner's lyrics. And given the sheer ambition of this album, Nixon is a milestone in independent record making, music constructed on a grand scale that's richly satisfying without seeming overdone or tricked up simply for its own sake. 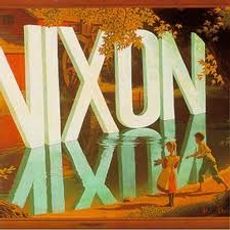