Springsteen: The Day I Was There


Bruce Springsteen has sold more than 120 million records worldwide, earning 20 Grammy Awards, two Golden Globes and an Academy Award, and being inducted into both the Songwriters Hall of Fame and the Rock and Roll Hall of Fame.

This book features over 250 fan accounts of witnessing a Bruce Springsteen live show from the late Sixties in New Jersey through to his marathon shows across the USA, UK, Australia and Europe. Fans share fascinating anecdotes, stories and photographs and tell us about their experiences of seeing one of the world's greatest live acts. 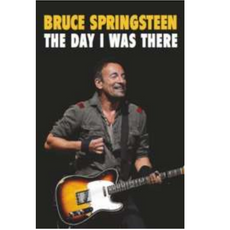