Linger On: The Velvet Underground

The author of Linger On is an internationally respected and trusted Velvet Underground chronicler; he is the Barcelona-based rock n roll editor Ignacio Julià, who also published books in Spanish and English on American post-punk band Sonic Youth. When members of The Velvet Underground toured in Spain Ruta 66 journalist Ignacio Julià was usually among their entourage, front row centre at curtain call, backstage after the gig, in attendance of afterparties and sometimes discovered in the band’s hotel rooms until lobby call. Since 1985 Ignacio Julià has obsessively followed the band’s career, interviewing and wining and dining the members over the years, and publishing countless articles, intimate profiles and books in Spanish and English on The Velvet Underground. He is known among international Velvets fan clubs as one of the most dedicated chroniclers and archivists of studio bootlegs, live concert recordings, writings and poetry to the extent that even the band’s own members refer to his knowledge for fact-checking purposes. 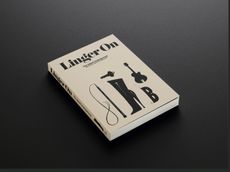