The Bootleggers band were put together for the soundtrack recording by Nick Cave, & they roar & rollick from the outset, with Mark Lanegan laying down a hollered version of 'fire & brimstone' over fiddles, mandolins, stand-up bass & moody guitars. like a gritty & grizzled meeting of oh brother where art thou's depression era americana & the proposition's bloody & vengeful music, this is the kind of soundtrack that both elevates the film & stands alone as a unique document, country folk legend ralph stanley's version of the velvets 'white light / white heat' being a particular standout. 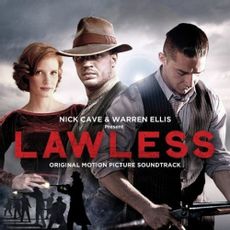