It's A Beautiful World

David Holmes says: “The track had so much space and was feeling great. After Noel wrote the song he asked me about getting a French vocalist to do some kind of spoken word, so I called my friend Charlotte Courbe and played her an extract from a French short film that I always loved and wanted to borrow from. She then produced an astounding piece of writing that contrasted Noel’s song and music so beautifully.” 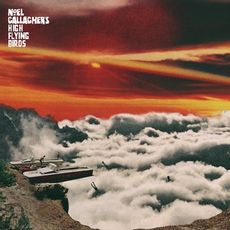