Part of the Orphans collection, available on its own for the first time.

Newly remastered. Exclusively for RSD on red vinyl. - For the first time, Tom Waits will make available as individual records his 2006 classic 56 song release Orphans: Brawlers, Bawlers and Bastards. - Each of the three albums , Brawlers, Bawlers, and Bastards, will be on 180 gram vinyl in colors red, blue, or grey exclusively for Record Store Day on April 21. - Bawlers is a collection of Celtic and country ballads, waltzes, lullabies, piano and classic lyrical Waits’ songs Overview: The collection of 56 songs went far beyond a simple career retrospective. It dipped back as far as 1984 with the bulk of it’s songs hailing from the mid-nineties onward. Over 2/3 of the material had never been heard when originally released in 2006 and had 30 newly recorded songs. Orphans also featured a number of songs finding a home on a Waits’ album for the first time. They included Waits’ unique interpretations of songs by such diverse talents as The Ramones, Daniel Johnston, Kurt Weill & Bertolt Brecht and Leadbelly. These outtakes, rarities and the previously unreleased material were separately grouped into themes and named, Brawlers, Bawlers, and Bastards. And now these titles will be released individually. 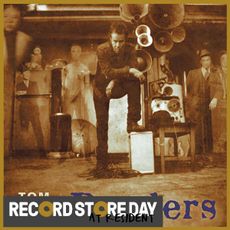