Out Of Control (21 Minutes Of Madness)


‘Out Of Control (Secret Psychedelic Mix)’ forms part of a suite of remixes Tom and Ed prepared back in 1999 to complement their era-defining ‘Surrender’ album.

Unreleased at the time, they were recently unearthed when archive work began on the expanded 2019 20th anniversary box set editions. Of the five Secret Psychedelic Mixes on the new set the aptly titled ‘Out Of Control (21 Minutes Of Madness)’ takes the ‘Surrender’ classic and transports it to all kinds of interesting places. To commemorate the anniversary release, a strictly limited one-sided white label copies of this mix have been pressed and will be released globally for high street record stores only on November 15th 2019. With their “quick and dirty” hand-stamped labels and hand-numbered sleeves these are likely to be snapped up fast.. 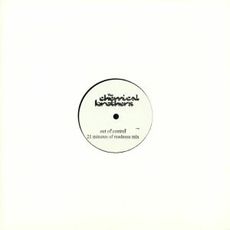