a wonderfully intimate & stripped back affair that's right up there with 'the letting go' - will oldham's 9th proper bonnie 'prince' billy album is self-recorded, self-played, self-released & self-distributed - we even had to order it from the man himself.

this new 10 song album was originally releases at the end of 2013 by oldham randomly dropping copies into record shops. no label. no distribution. no press.....but now you'll get to hear what a beauty this one is. "Oldham’s spare acoustic guitar, breathy vocals, & close-up production form a contemplative inner monologue...the solo acoustic format fits Oldham’s melding of vocals and lyrics....His voice shakes, stretches & cracks around notes...At best Oldham’s songs are powerfully ambiguous & that’s true of all of them on Bonnie "Prince" Billy". 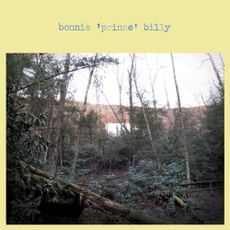