Fusing psychedelic pop and the deep grooves of dance music, Psymon Spine oozes with melodic hugeness—but the places this Brooklyn electronic pop outfit takes their songs is truly out there, exploring complicated feelings through a singular approach to left-of-center dance sounds.

Only a year ago, band members Noah and Sabine were playing in the dream-pop group Barrie, who broke out following a string of buzz-making singles, but Charismatic Megafauna proves that Psymon Spine are on a different journey, exploring sounds ranging from disco to early techno and motorik’s incessant pulse. Psymon Spine put their own addictive stamp on the sounds of the past, with surprises at every turn and the type of lush synth work that could only come from brilliant students of dance music. Re ecting optimism and catharsis, Charismatic Megafauna is a heady trip through left- eld pop that packs its own emotional wallop. 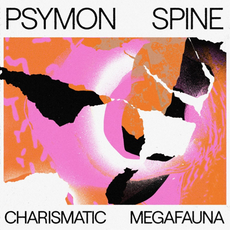 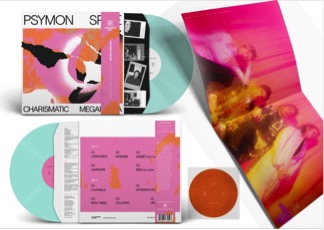