Originally released in 2004 this classic mix has never been released on vinyl until now - Kieran Hebden’s contribution this renowned series of compilations redefines the word "eclectic".

From sun-kissed 60's psychedelia (Manfred Mann) to cosmic jazz, to skull-crunchin’ hip-hop (Gravediggaz) & Terry Riley’s tape-loop cut-ups, this is a seriously entertaining & even educational take on the chillout comp, as well as a peek at the myriad influences that are at work in Hebden’s own music as Four Tet. Highlights include Icarus’ digital jazz deconstructions, the indescribable beauties of Linda Perlhac’s Parallelograms & Koushik’s woozy funk workouts. All in all, a rare treat composed of, er, rare treats. Thoroughly recommended. Also includes an exclusive cover version of the Jimi Hendrix 'Castles Made Of Sand'. 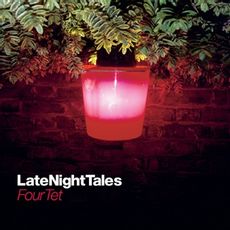