Oscar and The Wolf


Minimal moodiness, sensual soundscapes & sometime sombre futuristic ambience coupled with the beguiling, often enthralling persona of max Colombie, the alluring world of Oscar And The Wolf sounds like the xx holidaying on a sunny beach in europe.

The heart of Oscar And The Wolf both musically and visually is one Max Colombie who, having composed much of the album in his bedroom, recorded ‘Entity’ in both London and back home in Belgium. idiosyncratic synth pop overseen by the much lauded multi-instrumentalist / producer Leo Abrahams (Brian Eno, David Byrne, Jon Hopkins, Wild Beasts) who mixed the album in London. for fans of the xx, erlend oye / the kings of convenience, glass animals or sohn. 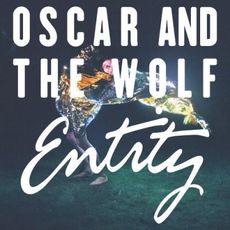