The Rough Guide to Psychedelic Samba

From original innovators such as Ney Matogrosso (featured here with Vitor Ramil) and Wal Sant'ana, to modern innovators Gui Amabis and Luciano Salvador, and all time legends like Marcus Valle. Dig those spaced out Psychedelic Samba grooves! 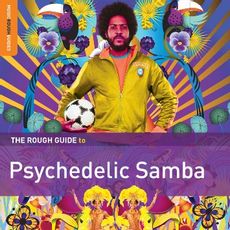