The Rough Guide to the Blues Songsters


Before there was the bluesman there was the songster - Priding themselves on their huge musical repertoires, they performed every form of popular music of the day and could be described as the human jukeboxes of their time.

Songsters performed every form of popular music of the day from folk songs and ballads to rags and spirituals and helped to lay the foundations for the development of the blues. It includes classic interpretations of ballads such as John Henry, Frankie, Stackalee and Railroad Bill and the original version of ‘Your Baby Ain't Sweet Like Mine’ previously covered by The Carolina Chocolate Drops. The album has tracks by legendary bluesmen/songsters such as Leadbelly, Charley Patton and Mississippi John Hurt as well as the earliest known songsters to record such as Henry Thomas, Richard ‘Rabbit’ Brown and Jim Jackson. 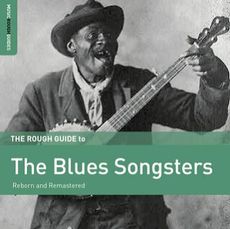