In describing the album, she says it “is entirely about using the body that each of us has been given as a mechanism of joy.” The 10 original tracks embrace ecstasy, desire and indulgence rather than self-denial, and exude this idea via immersive music. Mechanised grooves are placed at the forefront, providing a framework for perforated electro-pop static, harsh gothic / industrial textures, and insistent Krautrock motifs. if you like pj Harvey, st Vincent, mitski and Nadine shah, you’ll blooming love this!“an album swathed in texture and rumination which makes it an album that requires – and rewards – repeated listens” 8/10 – line of best fit. 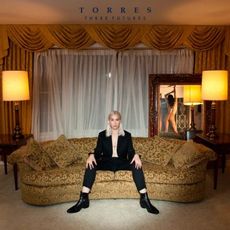