all the light above it too


whilst still capturing the sun-kissed breeze of his native Hawaii, this album has an urgency that belies his signature carefree sound.

his first full length studio album since 2014’s ‘From Here To Now’, Jack played most of this album himself: almost all of the vocals and instruments. Most of the record was done in his studio on Oahu, and finished at the Solar Powered Plastic Plant in LA. For the first time he’s working with engineer/co-producer Robbie Lackritz who has worked with Feist, Jason Collett, Jamie Lidell and Bahamas. One of the songs - ‘Fragments’ - was featured in the short film ‘The Smog of The Sea’, which focuses on the proliferation of plastics throughout the world’s oceans. 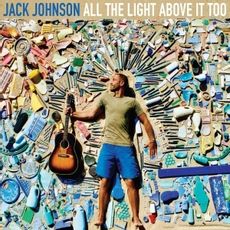