The Much Much How How and I

‘The Much Much How How and I’ was written under the influence of a diverse group of musicians - ranging from The Beatles and The Kinks to Moondog and Stravinsky - and shaped by Sheldrake’s study of anthropology at the University of Sussex, his longstanding interest in ethnomusicology and a trip to Mardi Gras in New Orleans. it was Produced by Cosmo Sheldrake and Matthew Herbert (Bjork, Mica Levi, London Sinfonietta) and, fittingly, was recorded partly in the studio, and partly in his basement. the brighton/Moroccan performance auteur bunty guests! “Cosmo Sheldrake's debut album, with its many hidden corners, is worth taking several trips into” 4* - the skinny 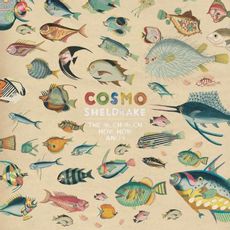