the London-based five-piece built the band up from a foundation of DIY ethos while citing The Fall and Wire among its biggest musical influences. they carved out a niche in the South London music scene and then barrelled fearlessly into the angular, thrashing post-punk that would go on to make up this debut. From “Gold Hole,” a tongue-in-cheek takedown of rock narcissism, to lead single “Concrete” detailing the overwhelming moment of realising a relationship is doomed, to the frustrated “Tasteless” taking aim at the monotony of people droning through their day-to-day, it never pauses to catch its breath. we recommend for fans of protomartyr, idles or preoccupations. “noisy but thoughtful, and frenzied but melodic” 8/10 – uncut. 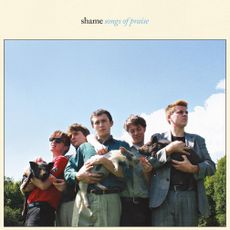