The highly acclaimed and sought after los angeles producer for indie stars such as Father John Misty, Conor Oberst and bonnie prince billy is back to show you why everyone wants to work with him.

This behemoth of a record, spanning 13 tracks and exceeding the hour mark is a maximalist masterpiece, jumping effortlessly through a plethora of genres akin to a modern beatles white album remake. Fans of the aforementioned Father John will not be disappointed, noticing his trademark sound. Neither will fans of other contemporary indie acts such as the war on drugs, matthew E. White or Kevin Morby. And to make it even better, new age legend Laraaji features, as does Lana Del Rey & you guessed it… father john misty himself. 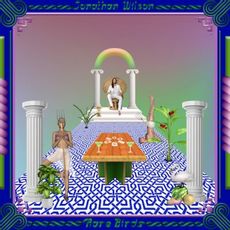