Some Were Meant For Sea (RSD18)


Reissue of the New Zealanders album.

Gold vinyl. Download code included. New Zealand songstress Tiny Ruins releases her 2011 debut album ‘Some Were Meant For Sea’ on Bella Union. Never before released on vinyl in the UK the album, ‘Some Were Meant For Sea’ exists in dappled warmness: Fullbrook's striking vocal timbre conjuring a natural imagery born from earth and sea. Recorded in a diminutive hall, once the local school of South Gippsland, Fullbrook worked with producer J Walker (Holly Throsby, Machine Translations) & between the pair, some cello, violin, piano & accordion were added to the otherwise bare-boned songs, which were all recorded entirely live. 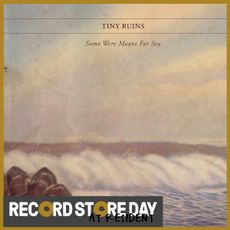