AS LONG AS I HAVE YOU


This is a return to the very beginning for the who frontman, sounding as if he is playing soul music to small crowds in church halls, full of heart and soul.

it features Pete Townshend’s inimitable guitar on seven tracks as well as guest performances from Mick Talbot on keyboards (Dexys, The Style Council) and Sean Genockey on lead guitar who has worked with Suede, Shame and The Proclaimers. The album is a mixture of self-penned tracks along with songs that have inspired Daltrey over the years including Nick Cave’s ‘Into My Arms’, ‘You Haven’t Done Nothing’ by Stevie Wonder, Stephen Stills’ ‘How Far’ and the title track originally recorded by Garnet Mimms in 1964. 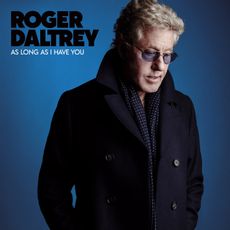