The 11th and final studio album from Siouxsie and the Banshees – The Rapture was also as fresh and innovative as the first.

How the Banshees are able to remain vital and celebrated after almost two decades is down to their ever evolving and metamorphic spirit. Only ever released on gatefold 2xLP vinyl outside of the UK, The Rapture’s artwork has been reimagined and designed to rightly reflect this final Banshees offering. Remastered from the original ¼” tapes and cut at half speed at Abbey Road studios, London. Both artwork and audio have personally been overseen and orchestrated by Siouxsie Sioux and Steven Severin. 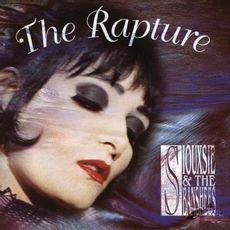