Now here’s an artist who doesn’t follow a linear path, with a blend of Afropop, indie and electro flourishes informed by her own zigzagging life journey from Zimbabwe to the Netherlands and ending up in Peckham.

Full of reflections on the cosmos and our place within it, ‘In A Galaxy’ is the musical embodiment of these musings and diverse world influences. “kicks off like a stroll through one of London’s many Sunday markets. Bursts of chitchat and laughter become instruments of their own, while brittle guitar plinks and deep plunges of bass evoke 1980s Afropop” – Pitchfork, “sounds like a modern, more sincere version of tropical ’80s pop. For modern indie reference points, it’s also the kind of song that fans of stuff like M83, Tune-Yards, and Yeasayer will probably dig” – Brooklyn Vegan 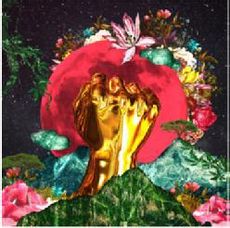