A rare instance in which the combined whole far exceeds the sum of its already sublime parts.

Since 2005’s delightful ‘In The Reins’ EP, Calexico and Iron & Wine drifted separately, occasionally featuring on each other’s albums but not quite fulfilling the promise of that early collaboration - 14 years later we find ourselves lost in a swirl of rhythms that scatter and lock-tight, melodies that entrench themselves inside frontal lobes, and dabbling horns that switch between gentle textures and emphatic blasts.  “deftly constructed and beautifully realised” 7/10 - Uncut 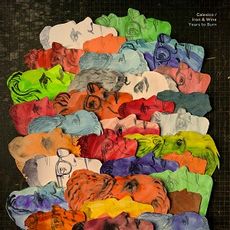