In early 1969, the Dead were playing so well, and were so intent on capturing the majestic power of their live shows, they began recording shows for a live album the results of which were Live/Dead.

The first batch of shows they recorded, in January 1969 at the Avalon Ballroom in San Francisco, were the first live concerts in music history to be recorded to 16-track tape. After assessing the material after the shows, the band decided which portions of the recordings to keep for the album (The Eleven and Turn On Your Lovelight), and erased the remaining recordings in order to record the Fillmore West run a month later. *** the 2cd version features both of its official mixes, the 1969 original mix, and the 1971 remix which was overseen by Phil Lesh and Jerry Garcia, plus original stuio mixes from the initial recording. *** 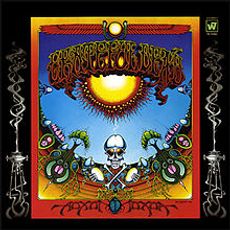