Everywhere We Looked Was Burning


Having provided the soundtrack to one of the biggest political movements of the past decade, Mathlouthi is back & processing the world through her own incendiary soundscape.

For the first time, Emel sings almost entirely in English after previously only recording a handful of tracks in the language. The choice was informed by settling in New York with her family, discovering the “essential imagery” of poets Rainer Maria Rilke, T.S. Elliot, and John Ashbury, and “thinking back to how music in English was so important to me growing up.” She initially rented a house in Woodstock, NY and set off to “write about nature as well as the beauty and struggle of these times.” 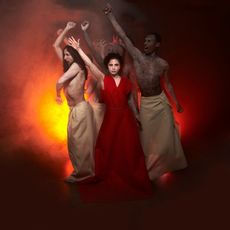