“The full range of Ben Harper’s influences would not come to bear until later albums, but his debut, Welcome to the Cruel World, lays a strong foundation.

Like a King and Take That Attitude to Your Grave burn with a political conviction rarely heard during the 1990s. “Forever” has a tenderness which demonstrates Harper’s emotional range. Lackluster hippie jams that cultivated his early following may have served a purpose but feel fluffy by comparison when compared to the meatier tracks. Ben closes the album with a song that frequently closes his concerts, I’ll Rise. This song, built around Maya Angelou’s 1979 poem And Still I Rise, reminds one of art’s ability to pierce through society, self, and the soul” – Allmusic 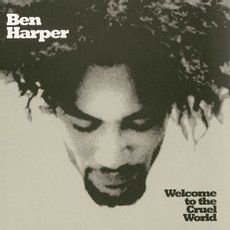