Burch’s intrinsically catchy songwriting dials down the urgency of her debut a notch, taking a turn towards airy, jazz voiced chords, floating reverb and an expansion of the sonic palate with unexpected instrumentation.

Two years on from her debut, Burch’s follow-up takes us down a different path than its predecessor, probing deeper into her own psyche. Days were spent playing guitar, exploring unconventional chord changes, ruminating on song structures and allowing her subconscious to wander until lyrics materialised. Where the first album had been a rush of inspired songwriting followed by a drawn out process of arrangement and mixing, Burch and producer sam Evian worked to establish a sharper focus and get to the core of the new songs. With recurring themes of isolation, weariness and longing, these songs interconnect to deliver an emotional arc with a delicate but uncompromising execution. 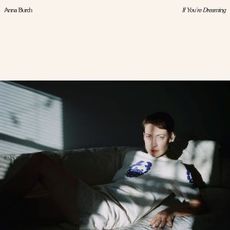