The Prisoners are one of the most influential bands of the 1980s, an astounding live act whose records were the opposite of what pop radio demanded in that era.

Raw where they were smooth and full of character where those records needed to be blandly conformist. They hardly sold a record and yet they can count the likes of Noel Gallagher and political journalist John Harris as their fans. Steve Lamacq devoted a whole chapter of his book to his love of them whilst Tim Burgess of The Charlatans once said that at that time he only checked for The Prisoners and New Order. At least two UK hits used their arrangement on Joe South’s ‘Hush’ as their basis. ‘In From The Cold’ was the final shot at success by The Prisoners the only problem was they didn’t want it. Signed by Eddie Piller to his Stiff-backed subsidiary Countdown they were put in the studio with Troy Tate (Teardrop Explodes / The Smiths) and made this astounding album which they then disowned. By 1986 they were an incredible live band and had released three albums of their distinctive 60s influenced garage rock. A four-piece featuring Johnny Symons on drums, future Acid Jazz hitmaker James Taylor on organ, Allan Crockford on bass and backing vocals and the compellingly soulful Graham Day on vocals. Graham also wrote fantastic songs. Ten years later and they would have been lauded as heroes in Brit Pop land but the mid-80s had no place in the mainstream for a band with their influences. ‘In From The Cold’ is full of amazing songs from the hard edges of ‘All You Gotta Do Is Say’, ‘Ain’t No Telling’ and ‘The More That I Teach You’, to the mournful ‘Wish The Rain’ and ‘Be On Your Way’. It is no surprise that Mojo journalist Lois Wilson described this as her favourite album by the band. This reissue on coloured vinyl is the first time the album has been issued in its original form since 1986 when, due to Stiff’s imminent demise, it was deleted very quickly. 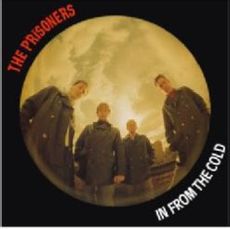