*** we have a signed test press to give away to one lucky winner who preorders the album on any format, we'll pop it in with the chosen winner's order! ***

Triple GRAMMY-nominated duo ODESZA and groundbreaking Sydney producer Golden Features have announced new project BRONSON. It reflects on their respective needs to challenge personal struggles, both internal and external. The result is a darker, more reflective sound, uninhibited from any expectations attached to their respective projects.

Jamie says: “Put ‘Bline’ or ‘Vaults’ on, turn the lights off, dance like nobody is watching and hope that they aren’t. Grinding production unafraid of big leads. FFO Moderat, Joy Orbison & Blawan.” 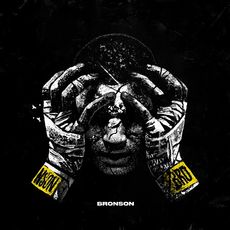