vocalist tony brutus aka anthony richards is the brother of drummer mikey 'boo' richards. there are 3 mixes on this release 1 of which has never been released before. this is a top notch production & has been sourced from original master tapes which have been baked & re-mastered. these tracks have never been released or pressed since 1983 & are highly sought after. 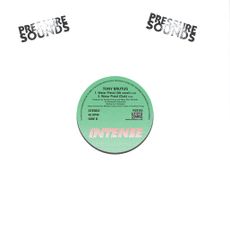