debut release from band featuring will white (live member of the maccabees), produced by hugo white.

LSA (Love Stays Alive) formed in London in January 2013. Will White & Sam Jackson rented a flat in North London to begin writing songs together, calling on Jonah Klein & George Wigens to help form the sound that is now LSA. That sound is a guitar band, one that lives on stage & celebrates the delightful shortcomings of being human. "The track's pumped up on frustration, fear, launching into a driven, beast-like chorus that's only slightly distinguished from underrated and soon-to-depart heroes The Walkmen" - this is fake diy. 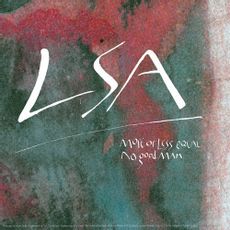