Don't Take My Soul/Undisputed Heavyweight Champion Of My Heart


From an unassuming, self-sufficient musical micro-industry in the north of England comes more finely tuned fastidious femme pop from Jane Weaver and her growing Bird Records imprint with a new split single.

Singled out as a class favourite on ‘The Silver Globe’, ‘Don’t Take My Soul’ features extra production duties from Andy Votel and ends with a guitar solo from Badly Drawn Boy which sounds like a cryogenic experiment from his pre-‘Bewilderbeast’ days. True to Jane’s co-op mentality, this single is a split with label mate Tender Prey (aka Laura Bryon) who brings her inimitable drummy saccharine-tinged pow-wow punk to the fray with the effortless ‘Undisputed Heavyweight Champion Of My Heart’ ripped from the forthcoming ‘Organ Calzone’ album released later this year. 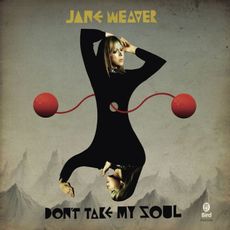