Many consider the band’s only single, 'The Dominatrix Sleeps Tonight' as the very first freestyle record to achieve mainstream success. The risqué subject matter of the song, particularly it’sreferences to S&M and bondage, were rumored to have played a part in major media outlets refusal to play the single, but it did not stop legendary NYC clubs and DJs from propelling the record to #2 on the dance music charts. The record still finds a cult following as an anthem in S&M and bondage circles in the U.S. and Europe and now finds a way to your home turntable by the good folks at Get On Down. 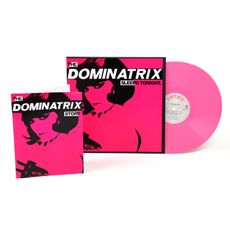