The previously unreleased AA side was recorded in 1971 for a small run of promo LPs made to secure David Bowie a record deal. Often referred to by Bowie aficionados as the “GEM promo” named after GEM Records, the small independent record label that pressed the album, it’s making its official release debut for RSD 2015. 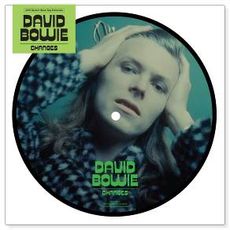