Follow us Follow us
Home  | singles  | the go! team - ye ye yamaha / till we do it together

Ye Ye Yamaha / Till We Do it Together


Lasers through tracing paper, orange tone oscillations, cable access hangover, a K-tel dream sequence, a haunted vision mixer, station wagoncore, straight to video, something in the fog, fluff on the needle, chromakey constellations, a hovercraft on the fret board, faxing a car alarm, a Morse code pep talk, etch a sketch jacknife, a daily Haley’s comet, light sound colour motion, a holiday from yourself, Ceefax taking Oracle, second sight summer camp, 360 degree tunnel vision, Chinese whispers by post, the opposite of hula hooping, the geometry of ideas, a teleprompter for your dreams, carry the ten, pathways in patchwork.

· Following hard on the heels of the release of their fourth album ‘The Scene Between’, The Go! Team release a Record Store Day exclusive clear yellow 7”, featuring two brand new, exclusive songs. · Limited to 500 copies. “Melodies that are hotter than the sun - like skidding down a rainbow” - NME. 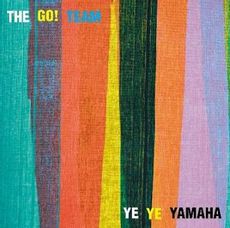