Issued in a strictly limited edition of just 500 copies on 7-inch vinyl to mark Record Store Day on 18 April 2015, Wolves is Marnie’s first new recording since the release of Crystal World, her debut album in 2013. An electro ballad produced by Jonny Scott (Strike the Colours, The Kills), Wolves is a fierce cry against the Establishment, softened and soothed by Helen’s pristine vocals. “The song reflects the sea of change that is people power,” she explains. “Where there is power, there is resistance.” The flipside of the single also features a driving analog remix of Wolves by European synthpop duo Marsheaux. Marnie performed her first solo live dates in South America in January 2015, and is currently writing songs for her next album. Cover photography by Bone. Logo design by Laura Hussey. 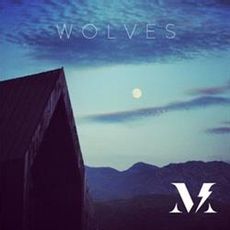